As an Amazon Associate I earn from qualifying purchases. See disclaimer for more details.

Zoo, by Ann Hunter, is the story of Braveland Zoo hitting a stroke of bad luck. It is in deep need of a revival. The owner, his kids, and what few workers are left, strive and hope for a second chance.

However, a tiger named Shagakhan gets loose seeking revenge. As everyone goes on the hunt for the missing tiger, things go south very quickly. A little girl with autism may be their only hope!

This fictional tale was surprisingly captivating. I say surprising because the title of the book is Zoo, and the book is about a zoo. I was nervous this book might not be interesting enough to keep my attention.

BUT I WAS WRONG! This was about more than just a zoo, and as I said earlier, it was truly captivating. In this book review, I will give you 3 reasons why I think you need to give this book a read right now!

The book, Zoo can be read by even the most distracted of people. It has quick chapters and is not very long in total length. This would be a great book for you to read on a train ride, on the plane, or even as a bathroom read instead of looking at your phone. While Zoo is a quick read, it is also packed full of action, drama, death, and so much more.

The book is based around the missing tiger, Shagakhan. Because it is a quick read, I felt that it erred in the beginning by missing a sense of urgency. The adult characters lacked oomph to me.

Along with a missing tiger, they have issues with the zoo financially. And they discussed this once while the tiger was missing. The discussion took place after the first search for Shagakhan.

They did not seem as worried as I would be that a tiger was prowling the zoo going wherever it pleased. Worrying about financial problems would have been last on my list. The urgency picked up in the middle though. and carried to the end.

I don’t know about you, but I am a slow reader and I was able to get through this in less than a week. If you had nothing to do all day, I would be willing to bet you could finish it in a day. I challenge you to do so! Let me know in the comments below if you do.

The book is told from two points of view. That of an 11-year old girl named Ari who has autism, and that of a tiger named Shagakhan who has a thirst for revenge and power. These are two completely different points of view that the author interchanged fluidly.

Ari was told that she has autism, but the more I read about Ari, the more I wondered if that is just what the humans in this story could identify her to. She does indeed show characteristics of autism, but she has an ability(no spoilers for you!) that I just couldn’t identify to the autism spectrum.

After all, this is a work of fiction, so some of it is bound to be unrealistic. Still, I can’t help but think that whether or not she truly has autism is left to the eye of the beholder(or reader in this case).

She is part of a family of one brother and her father who all speak Spanish. What I liked about this is that while their ethnicity was not explicitly stated, the book represented a minority group. This is something I don’t often see in books, so the appreciation was worth noting.

Wouldn’t you agree that more inclusion and diversity should be in books? I like when I see something different from the norm in the book world, it makes it more memorable. This book is certainly memorable.

Ari also appears to have synesthesia. Synesthesia, put simply is when senses blend. There are two types; projective and associative.

I inferred she had this due to her revealing that she can see colors through music or sound. I loved that this was put in the story because although it is not important to the main plot, there are not many people that do not know what synesthesia is.

One problem I had with the character, Ari, was that she seemed much older than an 11-year-old. She had an extremely difficult time talking out loud. Because of this, her thoughts were her point of view.

Her thoughts seemed very mature and I would say she sounded like that of at least a 16-year-old. Maybe older. Her vocabulary was larger than that of a child and she seemed to have a lot of knowledge about topics that I didn’t have at her age.

As I read, I kept thinking, this sounds very complex for an 11-year-old. Otherwise, the character was very relatable to those that feel like the black sheep or an outcast. I think she would also be a good role model for people with autism or any mental/physical disorder. 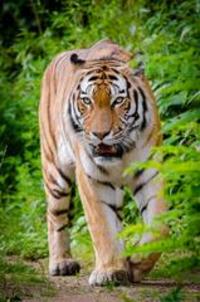 There was also a lot of anger, resentment, and primal instinct explored. When an animal lashes out we often think of it almost like a monster. We say it must be dealt with, which oftentimes leads to death for said animal.

What we don’t often think about is why the animal is reacting that way. Shagakhan could be argued as the villain of this book but he wasn’t evil. He would prove to be an eye-opener for some.

Ann Hunter explored animal abuse without getting too gruesome. I do wish some of the chapters that were told from his point of view were longer; particularly in the beginning. His chapters might have been kept short to keep the reader in anticipation, but I wanted to know more and see more through his eyes before chaos ensued. 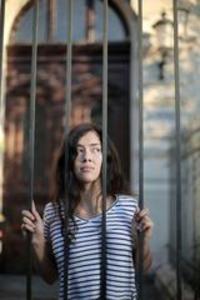 As I said earlier, there was a lot packed into this short read. Before the chaos of Shagakhan, it is revealed that the Zoo is on the brink of closing.

Later on it is revealed why but the misfortune of Braveland Zoo is one of the reasons why Shagakhan gets his ticket out to wreak havoc on the Zoo, zookeepers, and animals alike. The story spans a very short time-frame with most of the chaos happening in one night.

There was also a resounding theme around cages. No one wants to feel trapped and it is most apparent in Shagakhan and Ari. Ari felt trapped inside her own body due to her inability to effectively communicate with other humans and the tendency of other people paying her the attention she deserves.

Shagakhan was trapped because of being enclosed in the Zoo, feeling unaccepted by the tigresses, and being maltreated by a particular zookeeper. They are both very different from one another and yet they were able to relate to the simple feeling of being trapped and estranged.

There were some things in this book that I wish were different. I wish it had been a little longer and had more detail in some areas. I wish that Ari’s voice and personality had represented her age more accurately.

Lastly, I wish that there had been more urgency seen in the beginning. However, there were so many good things that overshadowed what was missing. There were so many evident points of view explored in Zoo that I don’t see in many other books.

Let alone all packed into one. The use of cages in the story could put many people into deep thought possibly changing the way someone thinks about animals, zoos, and people with mental disorders. All piled together I would give this book a 4-star rating.

If you enjoyed stories like Jumanji or We Bought a Zoo, then you will love reading Ann Hunter’s book, Zoo. If you would like to, you can get the book here.

You can also see more about Ann Hunter with the links below:

Let’s Talk About It

I liked this read a lot and would love to discuss it with you! Get the book here! What would you do if you were stuck in a zoo with a tiger roaming around freely?

If it were me, I would probably hide and make a phone call to whomever (maybe animal control?) could put the tiger to sleep so that we could put it back in its enclosure or move it to another location.