The turn out for my first ever monthly contest has been amazing! As you can imagine I am very pleased. I hope this keeps going because I plan on doing this every single month. If you don’t what I’m talking about, that’s okay. I will explain.

I decided to start a contest that will run monthly. The contest is for authors. They submit one of their books into the contest and 10 of those authors books are randomly selected. Then, readers, like yourself will vote for one of those 10 books.

If you’d like to learn more about this monthly contest, then check out my page that explains it all!

I found this to be a fun way for authors to find new readers, and for readers to find new books. So, how does this work? I will list the 10 randomly selected books from the submissions below.

You can read through the summaries and see the book covers, and then all you have to do is vote for the one that sounds the most interesting to you! Sound good? Let’s start. 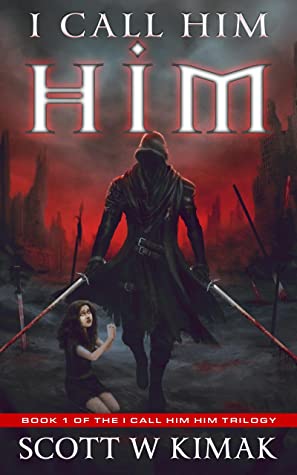 In a Post-Apocalyptic World, a warrior and his family are driven underground, fighting for their very survival.

When they do emerge, the futuristic planet they discover is very different from the one they left behind. Ruled by an evil presence which dominates and controls what is left of mankind, Earth has been reduced to a violent place of darkness, grief and destruction.

I call him HIM follows the journey of this unnamed warrior as he loses both his family and his mind. As he hits rock bottom, all he can think of is his insatiable yearning for revenge until he meets a young girl called Angelica who shows him the true power of faith. Her youth, innocence and strength of character remind him of everything he has lost and the things that really matter.

But as the armies of the world rise up for the ultimate battle of good versus evil, can Angelica help him regain his sanity and rediscover himself before it is too late?

Author Scott W. Kimak takes the classic theme of good and evil and gives it a modern twist in this inspiring tale of the importance of keeping your faith in the bleakest of circumstances. 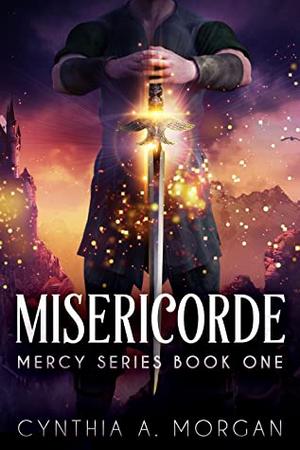 It’s the year 2446, and the first three Horsemen of Revelation’s Apocalypse have ridden.

Pestilence, War and Famine have changed the world into a dictatorship ruled with an iron fist. Commoners have few rights, and liberty is a distant memory.

Before the final Horseman is released, the Archangel of Mercy – Tzadkiel – makes a bold plea, asking for permission to find even one human who remembers the meaning of mercy and compassion. He is given 100 years, until Death will sweep across the land.

Taking human form and coming to Earth, he finds a place ruled by greed, hatred and fear. With time running out and Death growing impatient, can Tzadkiel find what he’s looking for… and how much will he need to sacrifice? 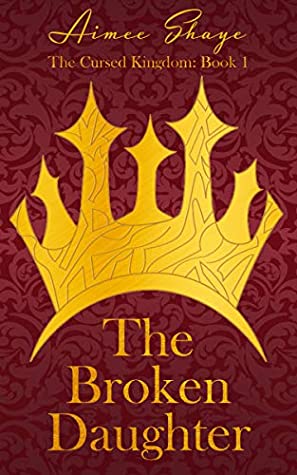 Long ago, magick filled the land of Dramolux. But one sorceress delved too deep into dark sorcery and tainted the creatures inhabiting the land. In an effort to save all creatures, a noble sentinel locked the dark powers away.

For generations, the dark ones were controlled, passed down to those who ruled the sentinel kingdom. All is peaceful until the newest sentinel queen is murdered and all the magick is released back into the world. It is now up to her daughter, Princess Aymeri–who has no knowledge of what she truly is–to recapture it.

But another dark sorceress is on the rise. She wants to lay claim to the magick and wield it herself, in an effort to take all of Dramolux under her control. The odds are against Aymeri and the magick the sorceress wants is evil. Aymeri must prepare to battle or die fighting for the survival of her people.

4. Children of the Moon 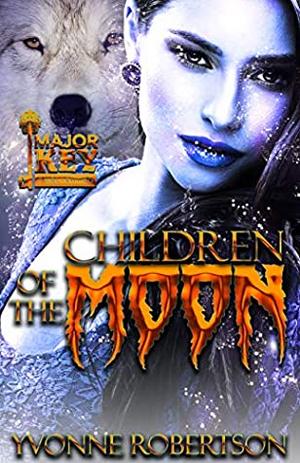 No-one would dispute that Kandis Scott earned the right to be a pack enforcer, at least not to her face. The stunning blonde has the face of an angel but is a ferocious fighter who wouldn’t hesitate to kill to protect her family and her pack. As her past unravels and her protective walls crumble, those closest to her discover the awful things that happened in her past.

Liam Gallagher thought Kandis was spoilt and rude, but he couldn’t deny that she was also beautiful and smart. When pack alpha, Seann Donovan gives her the job as Liam’s second in command he is surprised by how much he is looking forward to working and sparring with her, despite their prickly relationship.

When she is kidnapped by someone from her past, Kandis can’t believe that her most terrifying nightmare has come back to haunt her and Liam knows he will do anything in his power to get her home safely and take great pleasure in killing the man responsible. Out of the pain and darkness blooms hope and an unexpected blessing.

5. Children of the Outback 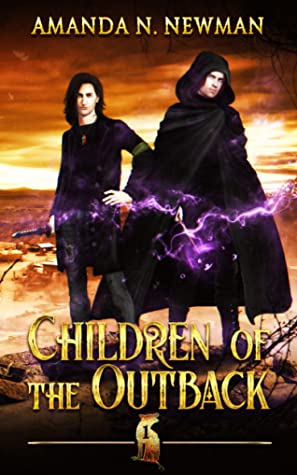 At twelve years old, Grace Walker, the only daughter of a government maintenance worker, was kidnapped by a gang of Bitzers and condemned to a lifetime of servitude in the Outback. Now, four years later, it is time for her slavery to begin, time for her witness the hell that a group of dark magic wielders known as the Dingoes created in the Outback.

As the journey into her new life as a slave to “one of the most ruthless torturers in the Outback” starts to unfold, she begins to learn more about the Dingoes and is forced to take a good look at the life that was taken from her when she was kidnapped. 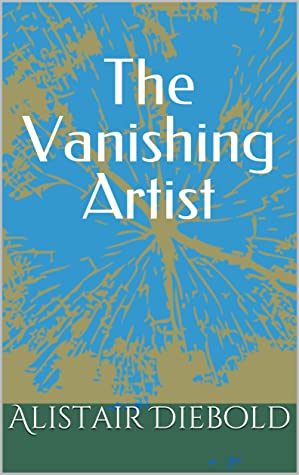 What’s the first thing you would do if you learned you could become invisible? Maybe save some lives? What else?

This is a story about an average guy with an average, boring life who suddenly discovers that his art is magical; he learns that he is the lost scion of Lightworld; and is warned that the servants of Shadeville are after him. Mad dogs, good friends, a sexy goddess and much more await him on his path.

The book is set in today’s New York and its environs. Not for readers under 18. There is some nudity and lovemaking, but not too graphic. 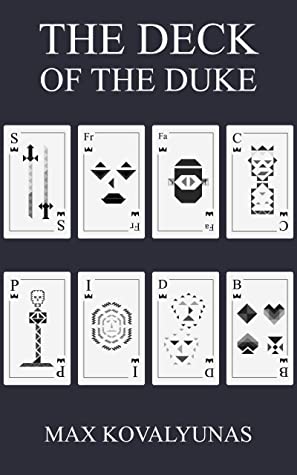 It does not matter who you thought you were before you discovered The Deck of the Duke. The thing is, each of the Duke’s servants and every location of the dark Duchy will test you. 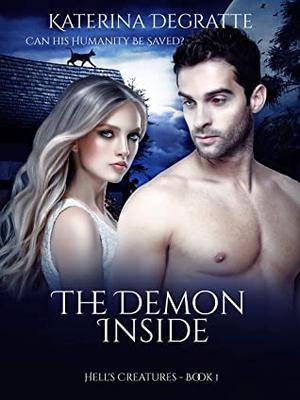 Gabriel, a half demon, half angel struggles to hold onto his humanity. Aura, a snarky angel is sent to help him. Can they change destiny?..

Gabriel: half angel, half demon, struggles to hold onto his humanity as his time grows shorter. The sand slipping through the glass all too fast. If things couldn’t be halted by the eve of his 22nd birthday, he’ll rise once again. The demon. A cruel, sadistic fellow.

A lifetime of haunting memories, of torment and cruelty of the worst types beg him to accept. The darkness overwhelming, a whisper in his ear demanding to let him take the gears. A promise of a past to be forgotten, to be exiled of this crippling pain. That’s what everyone desired, right?

Can one overcome such a tormented past?

Aura, a reluctant angel is sent to help him. Feeling punished as she’s sent back to the world of the—humans. Some indistinguishable from demons themselves. Having once escaped that dreaded place, because…well let’s not get into that quite yet. Going at all was far too soon for her buried memories.

Nevertheless, she puts herself on the line in the task that’s asked of her. Making a few friends, allies, and enemies along the way.

Will he be able to accept her help?

Aura’s different. Not the usual amount of sugar one would expect from such a creature of light. Having her own scars, and secrets. Not gullible, despite those innocent wide eyes. First impressions can be deceiving.

From the get-go she refuses to put up with Gabriel’s smooth lines, and tempers. Besides the longer she stays the longer she’d be in this grimy place. 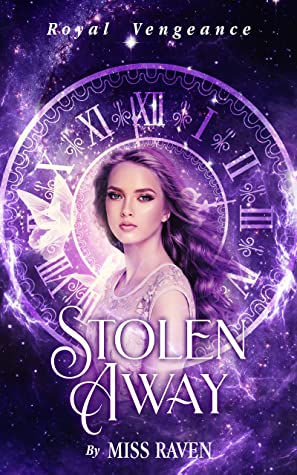 When Princess Marzipan is suddenly kidnapped, the Prince and his pirate friend, Rosalind, embark on a dangerous mission to find her. Yet, when an old face reappears in the form of the Prince himself, things get even more complicated.

Now the Prince has to return home, or he will risk being stuck in a dimension that’s not his own. The fact that the Prince also has an enemy is new to him, but he wonders…who could it be, and what do they really want from him? 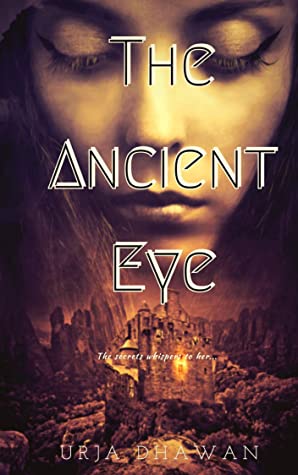 A young historian is forced to embark on a mystical yet deadly adventure with her partner when she lands herself (and the world itself )in a turmoil.

Full of grotesque creatures and dangerous mirages, it’s a a test of wits.
She discovers love ,unveils lies and finds herself knee-deep in the middle of An Ancient Conspiracy!

With Enemies turning Allies,she must find ‘ the mage ‘ or suffer the wrath of The Eye.

Would she be able to protect her present and future from the whispering secrets of her past?

Or would it consume her whole!?

Okay, so you have gotten the chance to read through the summary of these awesome books. Now, you can vote for your favorite one and if that one wins, you will get the book for free, provided by the author! What are you waiting for? Go on and vote! At the beginning of October I will announce the winner!

Click here to vote if the form does not show below.

What is Next Month’s Genre?

Every month the contest will be open for submissions from authors. The only difference is what genre are allowed for submissions. This month was fantasy. On my monthly contest page I have a poll for you guys to vote on. For september, the results ended up being…drum roll please…romance! I couldn’t beleive it because for most of the month it looked like we were going to do the fantasy genre again. Authors, you can submit your romance novels, novella’s, and/or short stories right now. The submissions for september will be open until the last week of September. Okay everyone, be sure to share this post so that your favorite book wins for the monnth of August.

I only have one question for you. What book would you like to have win this month? Let me know in the comments below!